What sort of bugs do you come across?  Challenge:  find a little creature and take a snap 😃

Many times on my walks I come across a bug or two 😄  If a bug or insect has cuteness appeal then I take a snap.  Click, click, click….Here are the ones who made the cut and are nominated for 🐜🐌🐞🐛.   Lisa’s Souper Bug Award: 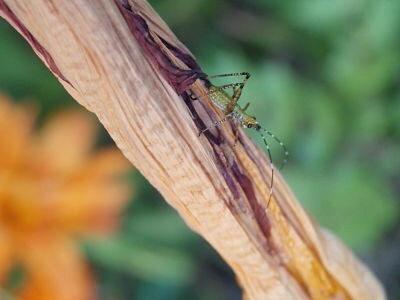 This bug or spider…I’m not sure what to call it.  Spider I’m going with spider.  I love his buggy black eyes and striped antennas.  He also selected a nice 🌾floral 🌾setting for his photo op.  Nice background long legs. 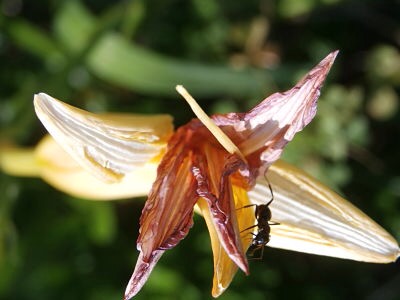 🐜 This ant looks so huge to me.  He’s busy all right.  Those legs are up to something!  Similar lily like our long legged friend 😃 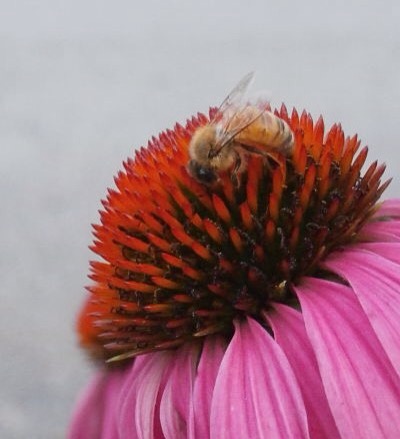 This bee picture is one of my best photos with a bee.

🐝  I’m loving the soft edges on the bottom left and the road makes such a wonderful gray background.  This macro photo was cropped in to follow the rule of thirds.

🌺 I love looking closer at an everyday object – like this flower – and allowing it to captivate me with its rich details.

END_OF_DOCUMENT_TOKEN_TO_BE_REPLACED

I wrote this 3 years ago and ran across this today in my notes on my iPhone.  What I wrote then encouraged me today.  Read and be encouraged 😉

I felt like my life didn’t have direction or my skills were never good enough because I was going my way and expecting blessings. Frustration infused my life until I started to ask God for that direction and guidance. Help me, show me, direct my comings and goings every day! I stopped making my to do list and physically waited and listened. Once anyone does this in their life is so much more free and easy! Yes it’s so very easy to fall back in the trap of self and what must be done today or I feel like an utter failure… I’m crying to God Almighty that he will never let me forget!!! I would rather trust in Him than be a frenzied mess. Now I truly know what it means to ask and you will receive. God cares so much about everyone’s everyday! Will you take the time to ask him about it? And check back in with him to listen?

I can’t be everything to every person who asks, then nothing is left. I can’t do what God calls others to do but God calls everyone to do something. What is your something for God? Maybe you don’t know because like me you didn’t take the time to say, “God lead me and I’m ready to listen and not only that I will obey”! Yeah it’s scary because then you need to do the request, but this is when you recall the scriptures and say I’m stepping out in faith God, you asked me to this. I am scared and feel inadequate, but I trust you.

And yeah sometimes I don’t listen and then hopefully I am watching close enough to see what God is teaching me though life’s everyday moments.

Incongneto Christian….too scared to be myself the self who God created. But I am His! I neglected my relationship with Him, but he didn’t let me go my way for long. I’ve learned that I don’t need to chase rabbit holes. They distract me from what God wants for my life and are a wasted effort that many times makes me physically feel drained.

My eyes were clouded over with worries.

I quit trying to force Gods hand or will and now I am free!!

Where did you live when you were 12?  Who did you live with? Write with a combination of sentence lengths (short, medium, long).  Create a sound that pleases the readers ears.  Don’t just write words.  Write music.

My dwelling place at 12. This was a hard year.  We moved…so let’s start where from!  It’s COLD.  No, not just brrr cold, but mountains  of snow cold!

My dad built us a beautiful house on the highest point of our property in Livermore Falls, Maine.  The front door was painted bright red, my mom’s favorite color!  I lived here with my 4 sisters, one older and 3 younger than me.  Pretty sure my oldest sister had already moved to Pensacola, Florida to start her newly wedded life with her husband.

A rock wall formed around the edge of our property with black raspberry vines (my fav fruit) and red raspberry vines curving their thorny arms around the rocks.  To pick them I recall standing precariously in between two rocks and stretching my arm out to pick a few berries.  Sometimes we found a lower growing patch and only had to bypass the thorns when reaching in with our hands.

We also had wild blueberries on top of our biggest hill next to our house where we picked them to make blueberry pancakes.  Yum!!! Our house was in the middle of three different hills that were also sprinkled with wild strawberries!  I know we had so many wild fruit options!  It was a wonderful place to grow up.  I felt very adventurous most of the time.  Running though the dandilion fields I picked the ripe strawberries and raced back to the house with a brimming bowl of bright red to crush crackers over them…the oh so sweet berries with a waterfall of milk splashing down my throat.  A child’s version of strawberry shortcake.

My mouth is now salivating for some Maine blackberries, blueberries and strawberries.  Yummy!
Four sisters myself and my parents moved to Rossville Georgia this 12th year of mine and then after that year we move again… See my father worked in construction and had trouble making ends meet.  He realized that in the south builders build year round.  This is the reason we moved.  I took it rather hard in some ways. Other ways not so much…I wrote a poem on my windowsill saying to the fact that this would always be my home in Maine.  My best friend and I made some sort of Time capsule (I forget what was in the shoe box).  I think a mixed cassette tape we made.  Did you make one too?  It was very hard moving away from my friends at this age. My eyes watered up with tears as we drove away.

Once we left, I looked at moving with excitement.  Well, for the most part…and in many ways it was!  I made new friends at my new school and had a good eighth grade year in GA.  Moving Once again wasn’t too hard since we had quite a few members of our extended family already established there.

This last year I’ve used a daily planner to keep organized.  I always select a planner with inspiring quotes to keep me going and cheer me up.  However, at the end of the year…I’m realizing that I rarely take the time to read these quotes.

Our lives get so busy it’s easy to forget what helps us stay positive. This is my reminder to you and me to take the time to read encouraging quotes, God’s Word and hear those uplifting words from friends!  Better yet, let’s be the giver of thanks and kind words to others.

Here’s a few quotes for you today with spring flowers 😉.

The flowers of all tomorrows are in the seeds of each today.  Go the extra mile.  It’s never crowded. 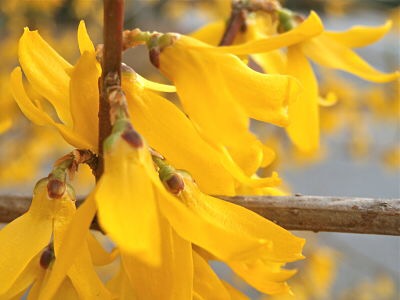 Every flower that ever bloomed had to go through a whole lot of dirt to get there. 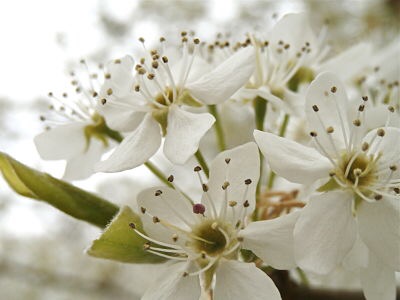 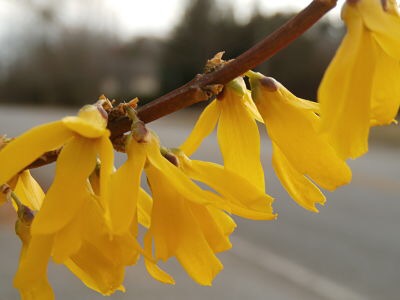 The goal is growth, not perfection.

You are never too old to set another goal or to dream another dream… – C.S. Lewis 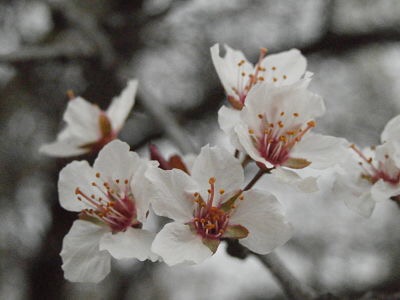 The best way to finish an unpleasant task is to get started.

Do something today that your future self will thank you for.

Don’t tell people your dreams, show them.  Bloom where you are planted. 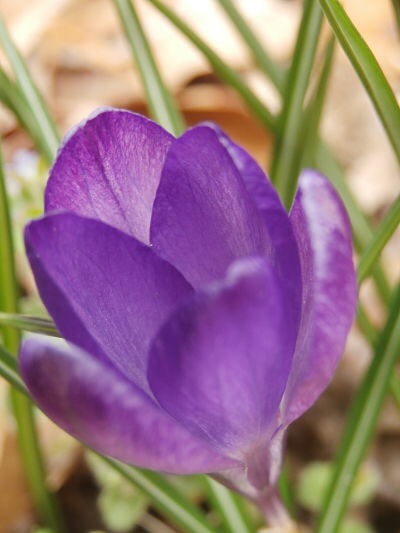 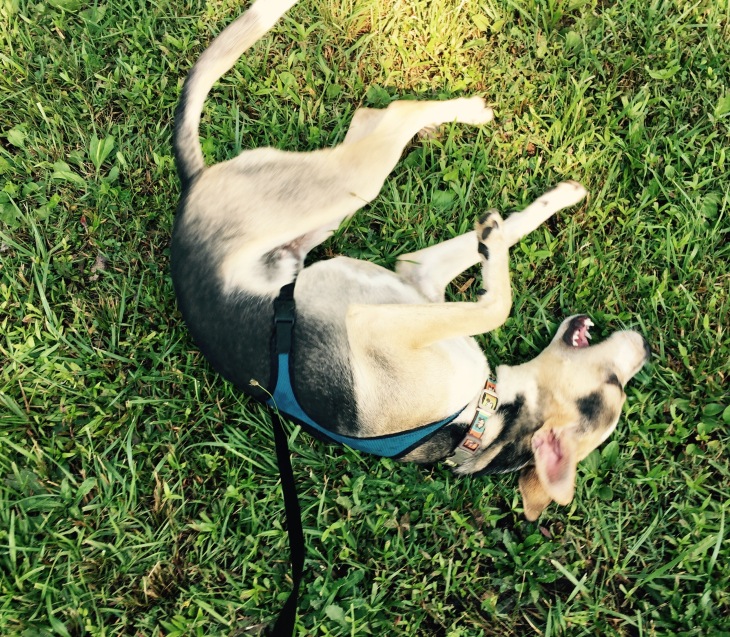 His happiness is so evident when grass rolling.  What activity makes you this giddy? 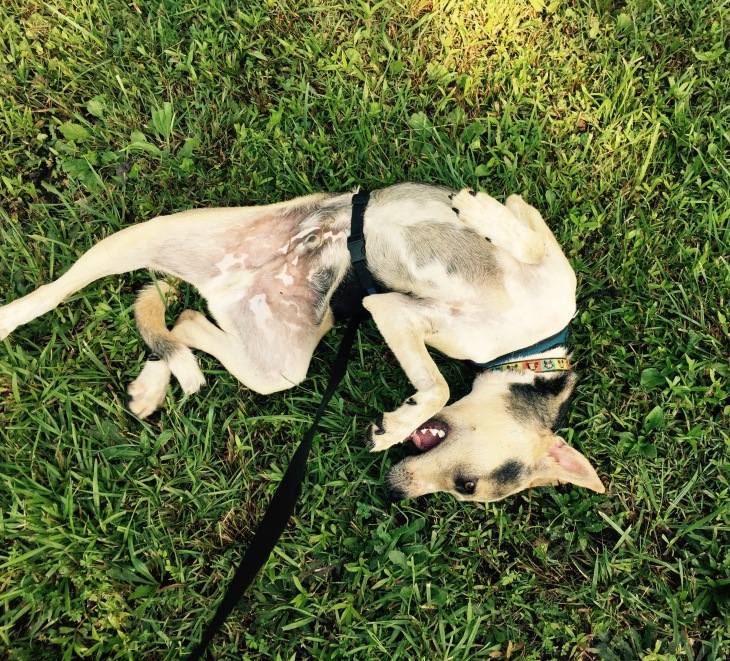 Twitching this way and that way to get a good back scratch!  Bonus that the grass is wet to help with the heat 😁 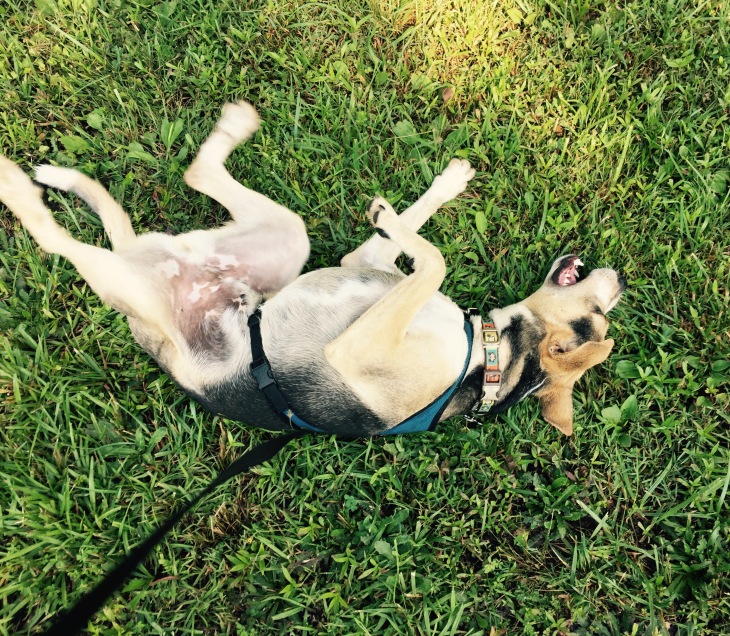 Seeing him rolling all about gets me thinking about the change from school schedules to summer schedules…and how I need to decide to just roll with it!

It’s hard transitioning!  I’m sure other Mom’s understand what I’m getting at.

I need to get my home summer schedule started for my 2 boys or they tend to argue loudly back and forth….while I silently scream inside or not.  Did I say that out loud?

I’m walking in 5 days!  This spa party link is to help raise $ for NAMI.  This month is Mental Health month too!  Today I signed. The stigma free pledge on NAMI.org. 😁

Lemongrass makeup and bath products are all natural and chemical free!

Send desired size (digital or prints) and style using my contact form from my Home page. Thanks! 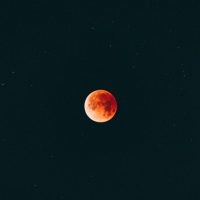 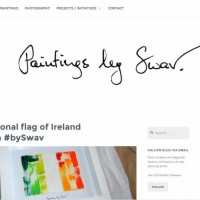 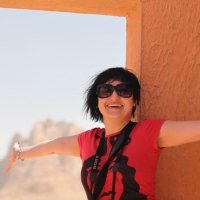 Sharing a snapshot of inspiration! All Rights Reserved -Copyright

The second incarnation of my blog

A photography and life blog about finding the magic in the moments ...simply captured.

lemanshots - Fine Pictures and Digital Art
Though I Fall

Rejoice not against me, O my enemy! Though I fall, I shall arise. Though I sit in darkness, the LORD will be my light.

Teaching the art of composition for photography.

My sometimes Strange, but usually Wonderful Experiences and Adventures as I Travel through this amazing World we live in.